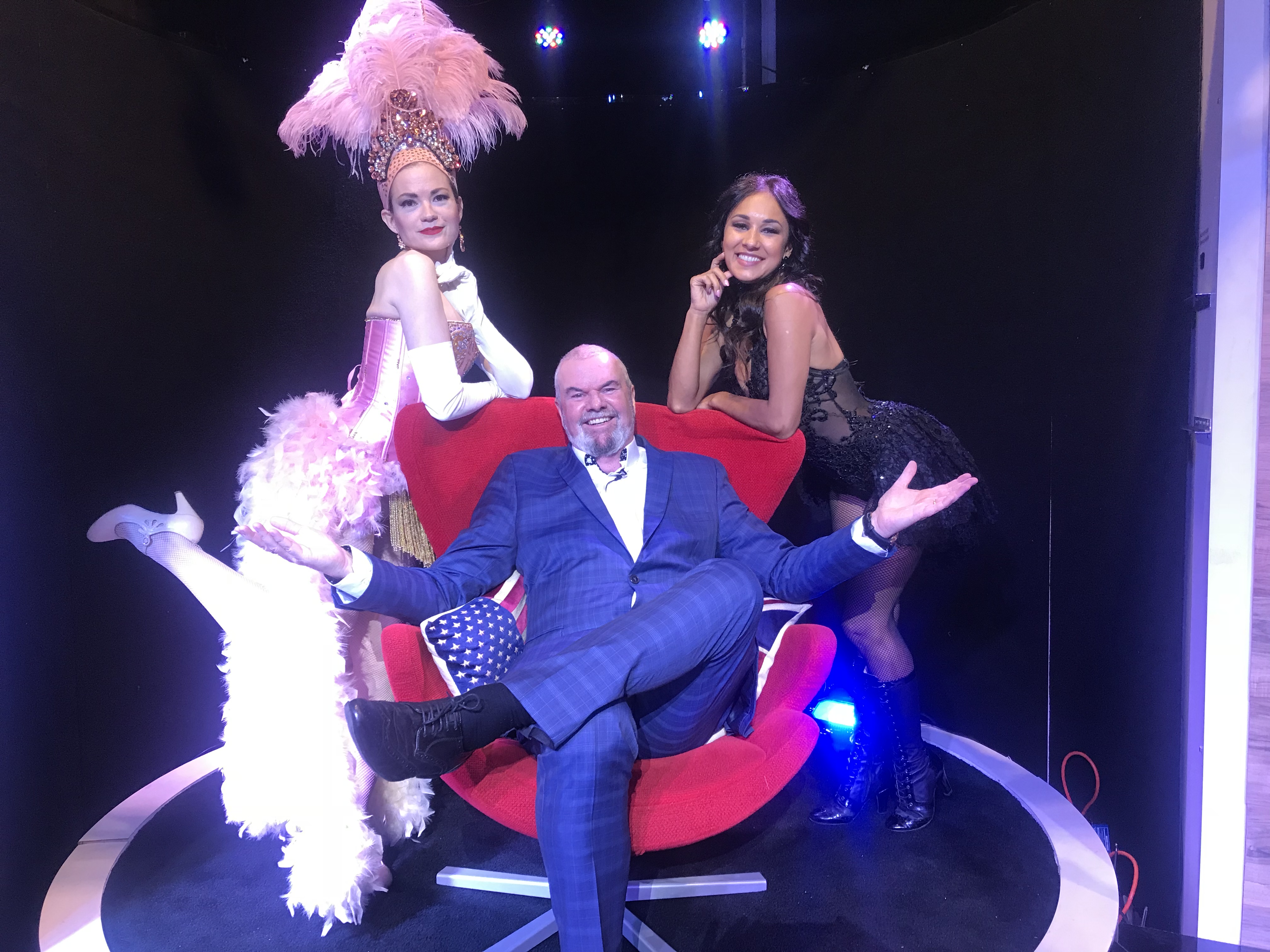 The show has energy, edge and laughs. Garry Bushell has had a very successful run with Bushell on the Box and this is his late night show caper, a host more akin to James Cordens’s angry dad!

A Late Show that is irreverent but is able to speak personally to UK and USA audiences, Not as daring as Sasha Baron Cohen but more than Jimmy Kimmel and as fast and furious as Craig Ferguson’s kitten!

Here is a behind the scenes video!

This show is pitched to go out later than the Late Late Show, it is edgier than what has gone before. Garry will be drinking beer and will have guest Vegas Waiters interrupt throughout the show. Punk and Ska and alternative  rock bands will be featured and when/if it goes to series possibly have more adult comics or extreme variety acts performing and controversial guests in tune with the Las Vegas backdrop.

House Band Epic 18 will entertain and interact with Garry and the guests.